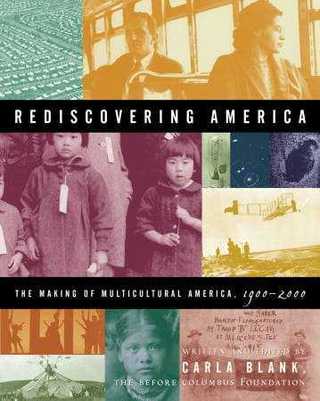 Six dancers, featurning Jonah Bokaer and Illenk Gentille, and including CC Chang, Sally Gross, Meg Harper, and Yuki Kawahisa, perform reconstructions of dances from Hanayagi's collaborations with Wilson and Blank, in addition to original solos performed by Bokaer and Gentille. Both archival footage and current images of Suzushi Hanayagi, now living in Osaka in a profound stage of Alzheimer's, are simultaneously projected throughout the performance.

"For those who believe in dance, KOOL is indeed a cool experience.
Linda Yablonsky, artforum.com/diary

"One of the most moving aspects of 'KOOL' is to catch a glimpse into the vision and emotions that bond artists, how they overcome cultural differences, the passage of time and the hardships of sickness. The piece is also about how arts can see beyond what is there, to gethers to see beyond what is there. Itr iis about how life, artistic productivity and our time with our loved ones must end - and about how they never really end."
Yuri Kageyama, Tokyo based AP correspondent

In this vibrant, fact-packed romp through the last 100 years, Rediscovering America explores the lost history of America, highlighting and reintegrating the complex contributions of women, African, Asian, Hispanic, and Native Americans, immigrants, artists, renegades, rebels, rogues, and others normally cast to the margins of history books, but without whom there is no honest accounting of American history. In an accessible timeline format, which includes sidebars, quotes, mini-essays, and more than 100 photos, it paints an inclusive picture of our recent past, without sentiment or favor, respecting the true richness and complexity of 100 years in our nation's history.

About the Author and Contributors

The Before Columbus Foundation was founded in 1976 to promote and disseminate contemporary American multicultural literature. Its mandate is driven by the idea that America’s diversity necessitates interaction and sharing in place of appropriation and antagonism. Besides giving their imprimatur to this project, members of the Before Columbus Foundation’s board of directors contributed chapter introductions to each decade.

In addition, over thirty other major artists and top scholars contributed mini-essays and timelines-within-the-timeline, and served as consultants to the project.

"While it may appear that many of the contributions to our American heritage have been lost, they are only omissions. This book vividly demonstrates just how much we can recover. . . .Carla Blank has not only produced an indelible and masterful work of scholarship and research, but has offered up a cure for America's cultural myopia, not simply by reminding us of what is already in our peripheral vision, but by insisting we take a panoramic perspective."
-- From the Preface by Gundars Strads,
executive director,
Before Columbus Foundation

From "Publishers Weekly":
Blank, who lectures on multiculturalism at the University of California, Berkeley, presents "an overview of twentieth-century America that is both interdisciplinary and multicultural, and therefore more truly comprehensive than other sources." Covering innovations in science and the arts, and featuring contributions by women, gays and lesbians, Native Americans and Latinos (among others), the decade-by-decade timeline of the last century represents virtually all groups and disciplines. Blank enhances the timeline with essays by noted scholars and artists, such as Gerald Vizenor's piece on Wounded Knee (in a quick look at the 19th century), and sidebars, such as one by Meredith Monk on her musical explorations in the 1960s. The word "multicultural" in the title is somewhat misleading-Blank's range is wider than that, including the major historical markers (e.g., elections of presidents, etc.). And it's debatable whether Duncan's and Loie Fuller's contributions to dance fall into the "multicultural" category. Still, students of American history will find this a useful and thorough guide to major events of the last 100 years.
Copyright 2003 Reed Business Information,Inc.

From "Booklist":
It is often stated that history is written by the winners. History is also written by people who view events through their own prism; inevitably, that leads them to include and exclude particular events, groups, and individuals in their accounts. The stated purpose of this chronology of the twentieth century is to give proper attention to groups and individuals whose accomplishments have been neglected by mainstream historians. Blank is a writer and artist who lectures at the University of California, Berkeley. The Before Columbus Foundation has promoted multicultural education for more than 20 years. It has provided an informative and useful survey of many important contributions of women, racial and ethnic minorities, and political dissidents over the past 100 years. The narrative is presented as a time line, which is enhanced by short essays and more than 100 photographs (unseen by this reviewer). Although the tone of these essays is often strident and far from objective, they do provide interesting and often surprising details, which provide a richer, fuller view of our history.
Jay Freeman
Copyright © American Library Association.


From "Publishers Weekly"(8/11/03):
“This is not another story about the greatest generation," says [Crown] senior editor Chris Jackson about Rediscovering America." [The timeline]....links cultural advancements with the political ones usually covered in traditional history books. "So something that seems like it’s an isolated, discrete, historical event actually is something that has all kinds of massive implications....In fact, everything about the book is done in a way that breaks down the normal hierarchy of historical publishing,” Jackson says. "It puts a seat at the table for the arts in way that I would say no other reference work to the 20th century does.”