Six dancers, featurning Jonah Bokaer and Illenk Gentille, and including CC Chang, Sally Gross, Meg Harper, and Yuki Kawahisa, perform reconstructions of dances from Hanayagi's collaborations with Wilson and Blank, in addition to original solos performed by Bokaer and Gentille. Both archival footage and current images of Suzushi Hanayagi, now living in Osaka in a profound stage of Alzheimer's, are simultaneously projected throughout the performance.
KOOL - DANCING IN MY MIND


"For those who believe in dance, KOOL is indeed a cool experience.
Linda Yablonsky, artforum.com/diary

"One of the most moving aspects of 'KOOL' is to catch a glimpse into the vision and emotions that bond artists, how they overcome cultural differences, the passage of time and the hardships of sickness. The piece is also about how arts can see beyond what is there. It is about how life, artistic productivity and our time with our loved ones must end - and about how they never really end."
Yuri Kageyama, Tokyo based AP correspondent 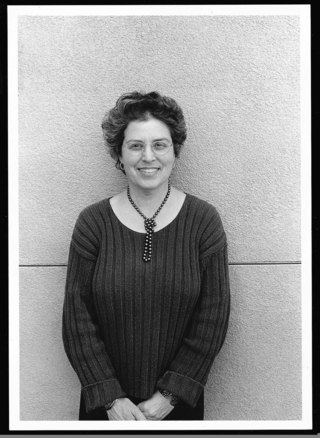 Carla Blank is a writer and editor. Her most recent publication, “Storming the Old Boys’ Citadel: Two Pioneer Women Architects of Nineteenth Century North America (Baraka Books, December, 2014)”, is co-authored with architectural historian Tania Martin, and focuses on the lives and works of two of the very first women of European American ancestry to practice architecture in North America during the 19th century. She is also the author of the historical reference “Rediscovering America: The Making of Multicultural America, 1900–2000 (Three Rivers Press, an imprint of Random House, 2003),” co-author, with Jody Roberts, of an anthology of performing arts techniques, “Live On Stage! (Dale Seymour Publications, a Pearson education imprint, 1997, 2001),” and co-editor with Ishmael Reed of the short fiction anthology “PowWow: Charting the Fault Lines of the American Experience—Short Fiction from Then to Now (Da Capo Press, 2009).” She has written topical essays related to arts and culture for El Pais, Green Magazine, Hungry Mind Review, the Wall Street Journal and San Francisco Chronicle, and online at CounterPunch and Konch magazines.

Carla Blank serves as editorial director of the Ishmael Reed Publishing Company, supervising its poetry and prose projects. Japan based writer Yuri Kageyama's "New and Selected Yuri, Writing from Peeling Till Now," was released in Spring, 2011; “Paper Gods and Rebels,” a new poetry collection from San Francisco based writer Genny Lim’s was released in 2013; and "Courtesans of Flounder Hill," the first poetry collection from Juneau, Alaska based Ishmael Hope, was published in December, 2014.

Carla Blank has also been a performer, director, dramaturge and teacher of dance and theater for over forty years. Currently she is developing a performance work by Yuri Kageyama, “The Story of Miu,” for September 10-13, 2015 performances at New York’s La MaMa Experimental Theatre Club. In a project sponsored by the U.S. Department of State, she co-directed an Arabic adaptation of “Holiday,” by Philip Barry, at Al Kasaba Theatre in Ramallah, performed by a company of Palestinian and Syrian actors. Premiering May 30, 2013, it toured six cities in the West Bank, closing at the Palestinian National Theater in Jerusalem June 14, 2013. She worked with Robert Wilson as dramaturge, choreographer and archivist to create "KOOL-Dancing In My Mind," a performance portrait inspired by Suzushi Hanayagi, legendary Japanese choreographer who was a long time collaborator and dear friend of both artists. It premiered at the Peter B. Lewis Theater at the Solomon R. Guggenheim Museum April 17, 2009, and was further developed at East Hampton's Guild Hall in August, 2009. In 2010 it premiered internationally at Berlin's Akademie der Künste and was shown at the Baryshnikov Arts Center when Robert Wilson received a Jerome Robbins Award. "SUZUSHI HANAYAGI: A Moving Life," by filmmaker Richard Rutkowski, which includes Blank's research and images from rehearsals and performance of KOOL at the Guggenheim, had television premieres in 2010 on ARTE in France and Sundance Channel in the U.S., and an hour length film based in this work, "The Space In Back of You," premiered at Lincoln Center's Dance on Camera Festival in January, 2012.

Since 2003 she has served as artistic director of The Domestic Crusaders Project, functioning as stage director and dramaturge of all North American performances of "The Domestic Crusaders," Wajahat Ali's two act kitchen drama about three generations of a Muslim Pakistani-American family. Its New York City premiere September 11, 2009, at the Nuyorican Poets Cafe, enjoyed a five week run of standing room only audiences and world-wide media attention. In 2010, it premiered internationally at MuslimFest in Mississauga, Canada, and a November 14 showing of Act I at the Kennedy Center's Millennium Hall in Washington, D.C., remains archived on their website. Appearances of the September 10-11, 2011 production at The Art of Justice: the 9/11 Performance Project at the Gerald W. Lynch Theater of John Jay College of Criminal Justice received international media coverage, including features by Al Jazeera English and Japan's national TV channel, NHK. She continued to consult on development of “The Domestic Crusaders” for its London, England production in 2013 by TARA Arts. A documentary film of the play's history is currently in production.

A resident of Oakland, California, she lives with her family of writers, Ishmael Reed and Tennessee Reed.